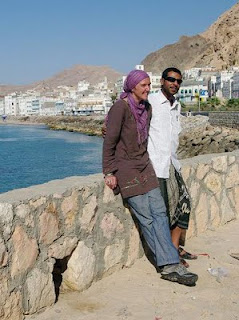 And here we are !
Finally, we could say.
Eternal Yemen, tour and travel operator
is coming in the second stage of its work.
In our first period, since late in 2006, two births were interweaving, the establishment of Eternal Yemen, with all the tasks and obstacles, and at the same time it was establishment of my life and existence in Yemen. Moving from my home country Slovenia to Yemen, to this magical country, incomparable to any other in the world, marriage with Waleed, birth of our little villain Ranya, and 2 years later a birth of our merry baby-boy Jamal.
I confess that was a difficult period. A joy of having small angels near me and taking care of them and the satisfaction about the successful work in tourism, were accompanied also with less pleasant moments. Uncountable number of sleepless nights as all the mothers experience in first months after the baby’s birth, endless hours of work during the nights when everybody else was sleeping and when I was longing for a sleep, feeling guilty of working too much and spending too little time with children, feeling guilty of thinking about the work when I was breastfeeding that lead to the baby’s rejection of my milk. And there were too many small problems that anybody in tourism business in Yemen is facing, and there were intrigues and disappointments and there were “expensive” hours of “getting knowing” Yemen (while I believe that understanding Yemen is a never ending process) and finally it was a concern about the Yemeni situation and about our future work
The demonstrations this year came to Yemen as well, started slowly, but progressing into a complex situation, full of violence, confusion, scarcity and uncertainty. As usual I went for summer vacations to Slovenia, while this year a visit was a matter of urgency. When I’ve heard the first bombs, it was just a sparkle for making a quick decision and to leave Yemen with my small kids.
Now we are waiting. Waiting for the things to set in motion, to solve, to get better. Inshallah we say. I’m optimistic. In the low stage that Yemen is now, things have to go better. I have always said in the past that once this will happen, and now it is happening.
The time has stopped.
For me, it is a time for rethinking everything, a time for enjoying time with my kids, playing with them, relaxing. Getting closer to some people, getting away of some others. For getting strength for a new start, for a second period of Eternal Yemen with refreshed team and refreshed approach.
And finally, it is a time for finishing some small projects that were long waiting to be realized. Among them is also this blog, where activities of Eternal Yemen will be presented, as well as news about Yemen, thoughts and opinions.