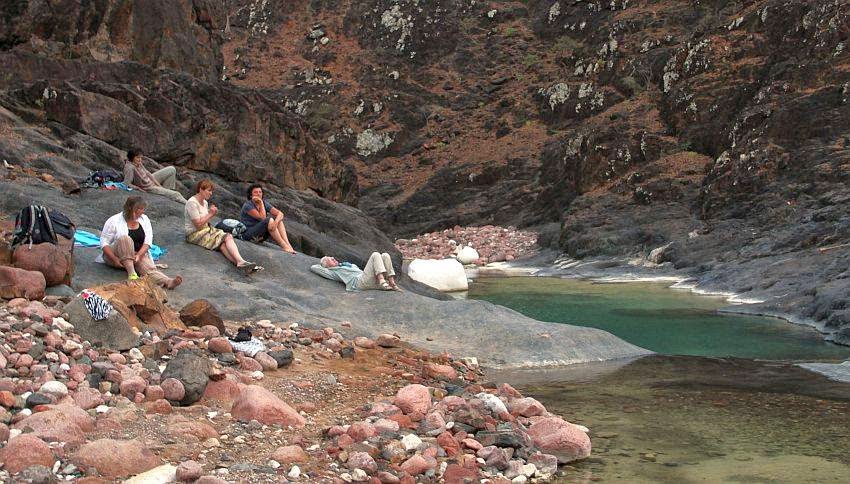 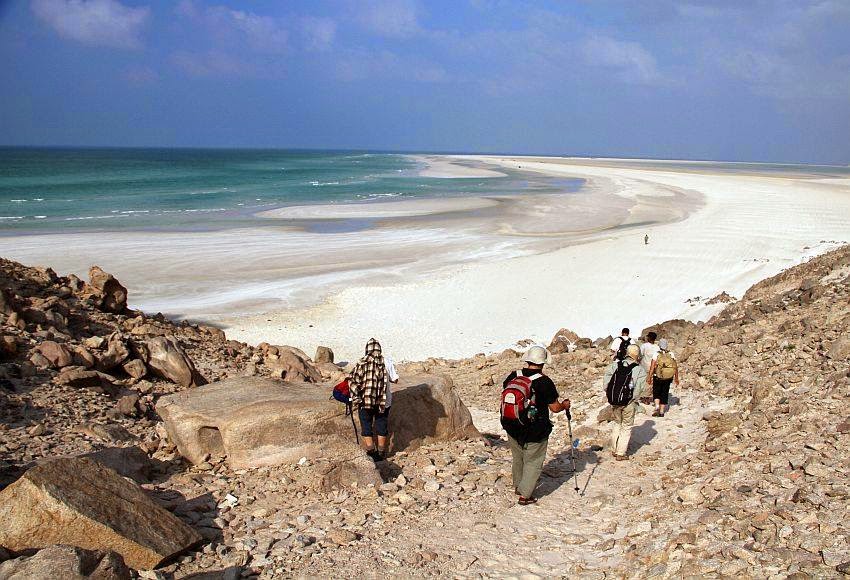 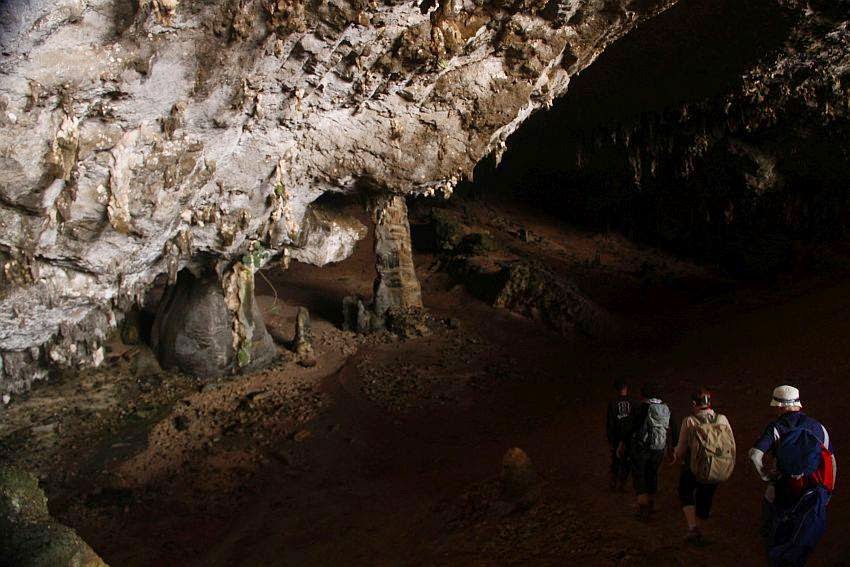 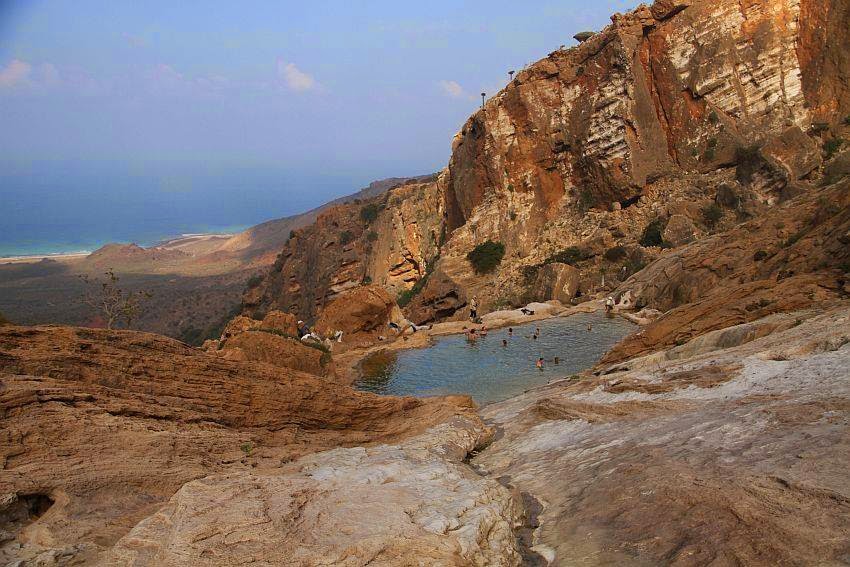 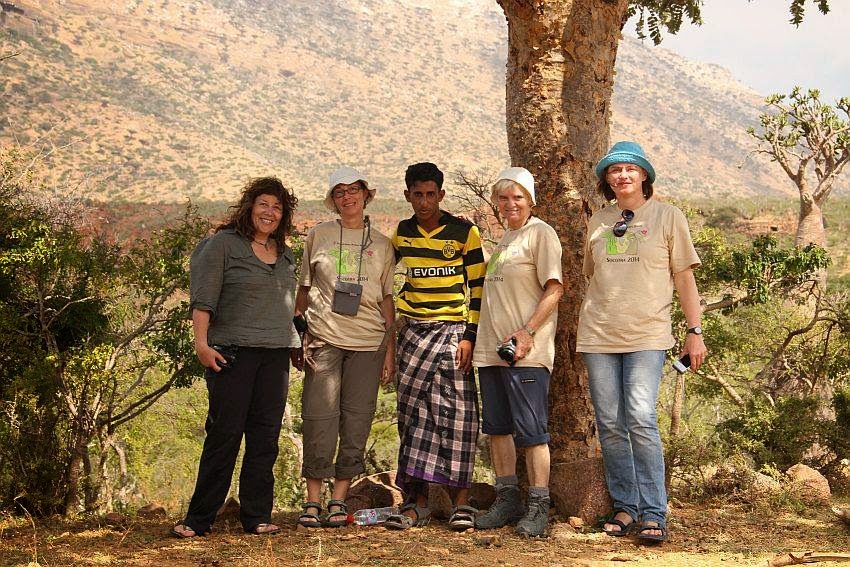 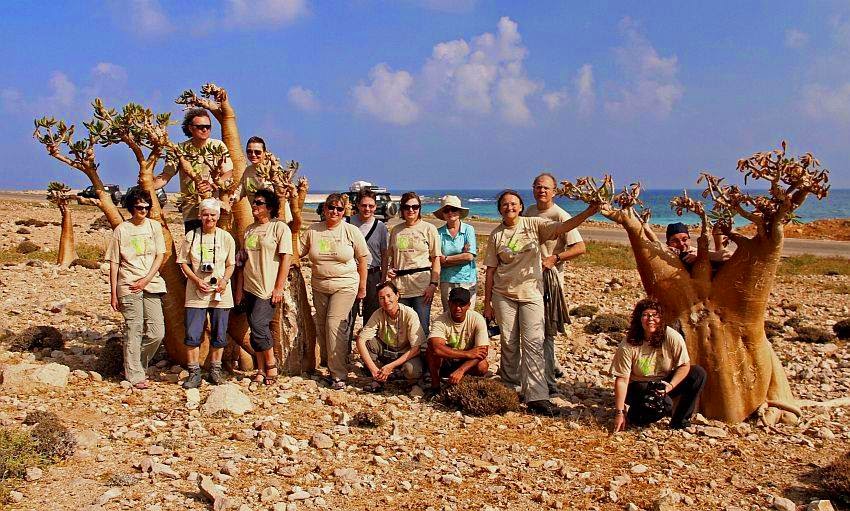 
Socotra Island is a treasure of most unusual plants that can be found in the world.

Nevertheless, personally I just love the succulent tree, forming the most bizarre shapes, growing on most bizarre places, knows as Desert Rose, or Bottle Tree, while it's Latin name is Adenium Obesum Socotranum and is a part of Adenium family.

So, it came just naturally, that when we created our company in 2006, which was 2 years after my first visit to Socotra Island, I've choose this beauty as our sign.

For all those that are attracted by this bizarre tree, I'm offering a detailed description, first of the Adenium family and then of the specific Socotrian type: Adenium Obesum Socotranum.

For all those that would like to come to Socotra Island and experience Adenium Obesum Socotranum in vivo, please, contact us: 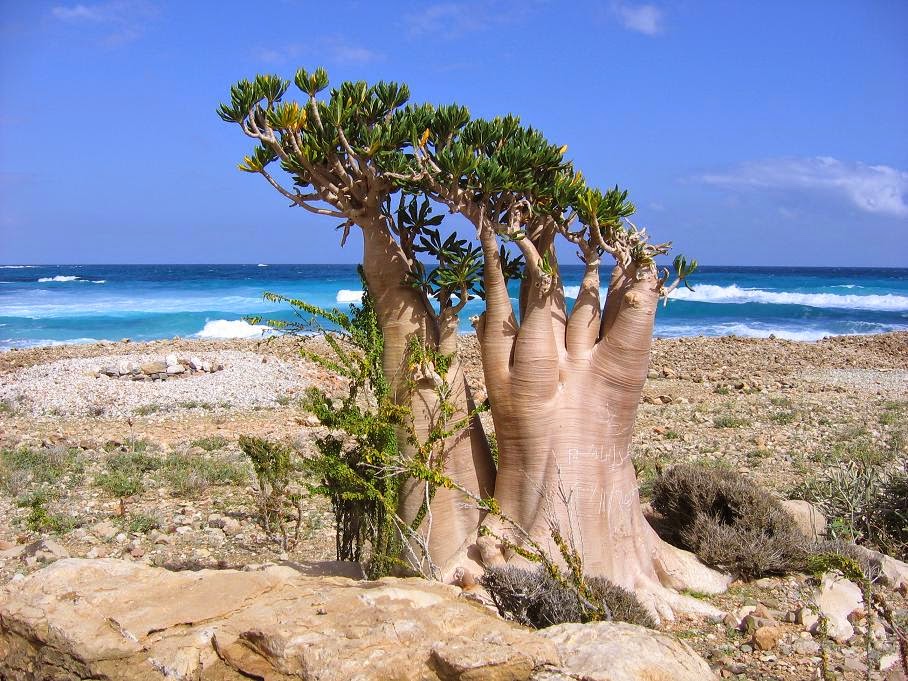 Adenium is a genus of flowering plants, known from dry climates in sub-Saharan Africa and the very southern part of the . Scientists debate how many wild species there are of Adenium. The most conservative view is that there is only one species (Adenium obesum) and a handful of subspecies or varieties. But wild adeniums vary dramatically from location to location, from short fat trees that resemble a small baobab to quite small shrubs arising from huge tuberous roots. One thing that they all have in common is that they live in relatively dry climates (or at least areas that have extended annual dry seasons) and therefore they have adopted the succulent way of life. That is, they store water in their soft, swollen roots and stems to allow them to survive through periods of drought.

The most spread species is Adenium obesum, also known as Sabi Star, Kudu or Desert rose. It is an evergreen succulent shrub in tropical climates. In different environments, Adenium obesum is quite variable but can grow to 1-3 m in height and form a small, thick-trunked tree or large shrub. The leaves are spirally arranged, clustered toward the tips of the shoots, simple entire, leathery in texture, 5-15 cm long and 1-8 cm broad. The flowers are tubular, 2-5 cm long, with five petals. Flower colors range through various shades of pink and red, to bicolor flowers with white, and, recently, pure white forms. Some have yellow throats. True Adenium obesum normally blooms in spring and summer continuously for many weeks.

There are several subspecies identified:

The species Adenium obesum subsp. socotranum is endemic to the of , belonging to , in the Indian Ocean south of the . It is the giant of the genus, forming a swollen, bottle-shaped trunk (caudex) several meters tall and up to 2.4 m in diameter. It resembles a miniature baobab. Its trunk and well developed roots, keep the tree supplied with water during the summer droughts. The thick, well developed roots allow growth in crevices and on loose rocks largely devoid of moisture. The particular plants can be several hundreds years old.

The stems are strongly vertical and distinctly striated, a unique character in the genus. The leaves are about 12 cm long, are widest (4 cm) near the tip, and are dark green with a white midrib and light major veins. The flowers are bright pink and twice the size of those from the Yemeni mainland A. multiflorum", which could reach 10-13 cm in diameter. The tree produces a potent poison, making it inedible to livestock or humans. Local fishermen occasionally use its bark to stun small fish, although Euphorbia latex is preferred; while herders tie strips of the bark around the necks of young livestock to keep away wild cats.

The wood of the tree is as soft as a sponge. The tree has two Socotri names: tirymo (in the eastern areas) and isfid (central and western areas), the latter one meaning useless or valueless. Locals traditionally used to treat the wounds with its latex.

During summer, it drops its leaves before flowering, being one of the few plants that doesn't require rain to flower. 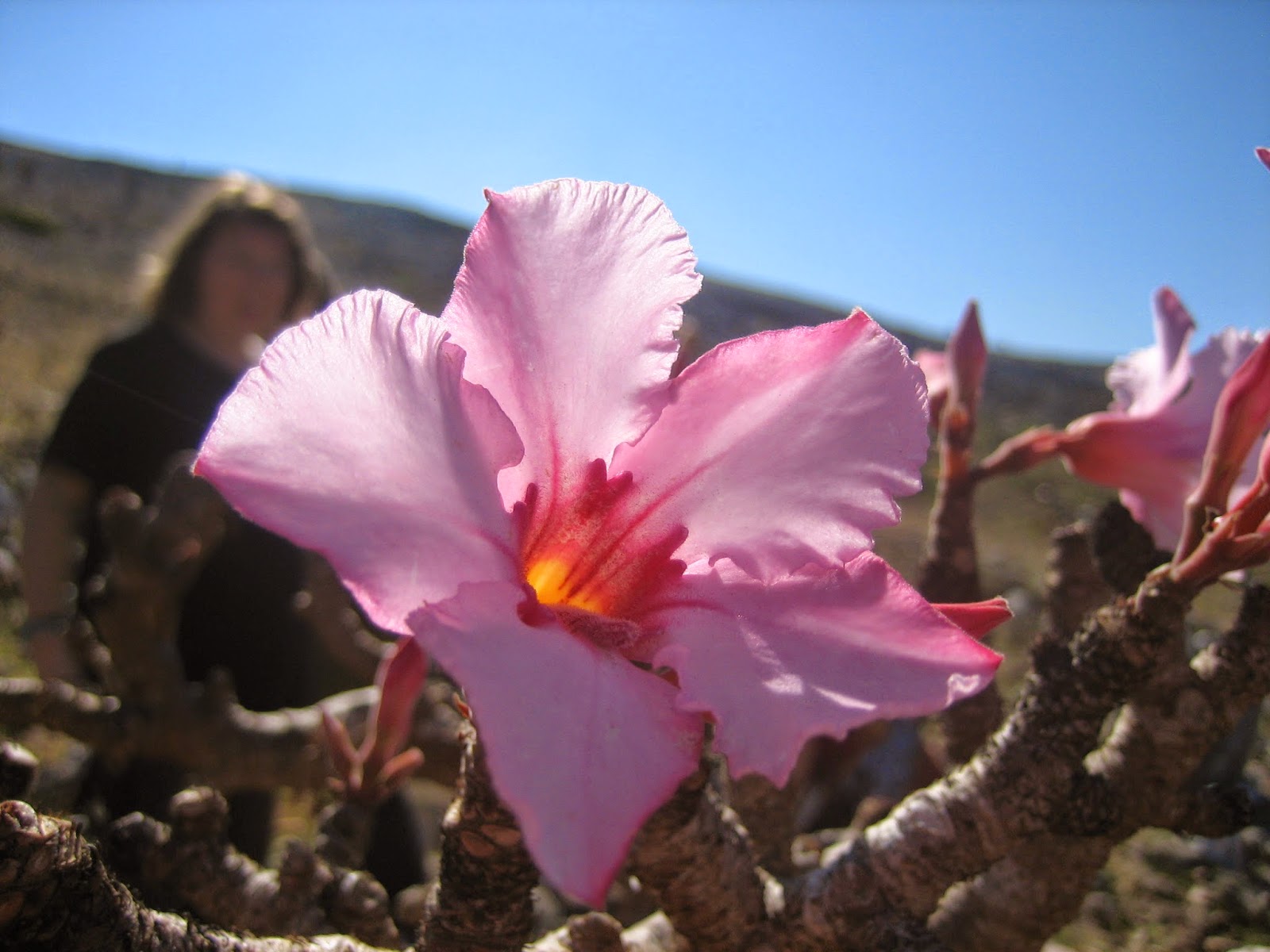